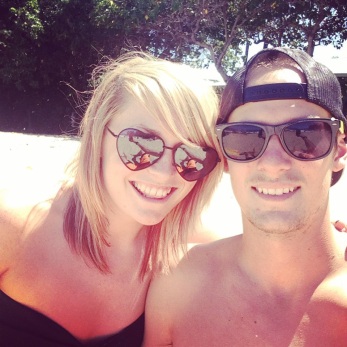 Chris and I met briefly in the summer of 2011 at a music festival just outside of Boise. It wasn’t until we were roommates some months later that we became good friends. Social media helped us keep in touch over the next year and a half when Chris moved back to Hawai’i. Chris would send me envious snapchats of beautiful island life. I jokingly told him one cold December day that I was going to move in with him. To my surprise, he was onboard and willing to give up the spare room at his family’s estate. We were roommates before, why not again? Less than three months later, I was on the Big Island of Hawai’i and he was “lei”ing me at the airport. Our chemistry and attraction had multiplied over the years and I never quite moved into that spare room.

If you’re lucky enough, there comes a point when you realize you’re with the person you want to spend the rest of your life with. I remember getting that feeling.
I’ve never been much of a romantic mushy person, so I decided for Molly’s birthday I would get her a love jar. Once a month, I would write her a heartfelt letter to let her know how she made me feel. Month after month went by, and each letter got easier and easier to write the more I fell in love with the amazing woman she is.

On the day that I purchased the engagement ring is the day I wrote the 12th letter. An overwhelming happiness washed over me and the words had never come more easily.
Now, one year later and 11 letters in, it was time to give her the 12th letter. December 1st, 2015. Molly and I spent a romantic weekend in Kailua, Kona celebrating her birthday. I remember feeling sick to my stomach with nerves and excitement. The sun was setting, I knew it was time to pop “the question.” Our picture was being taken, I got down on one knee and asked Molly to make me the happiest man on the face of the earth. With that engagement ring came that final note to the love jar, and with that final note came the first step to the rest of our lives. 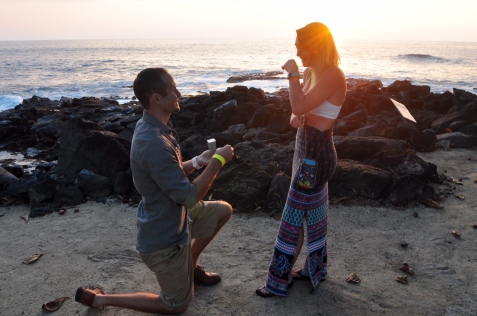